How Can Audio Make Researching Easier? 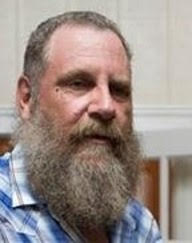 That is a good question.  A lot of folks think that we just collect sounds and vocals.  That is true to an extent.  But can it be an invaluable tool with a real benefit to a researcher?  Yes, it can.  When I first started this adventure, I had one recorder and took it out set it up outside camp in hopes I would hear something cool that night and it would be recorded. One thing folks must remember, the time we have available to go to the woods is limited.  Jobs and family’s come first as they should.  The chances of being in an area that they are on that night is pretty slim.  So, then we review the audio and hear nothing but normal night sounds just like we did when we were out there.  Most of us love the woods and being in them so there is never a bad night in the woods, but it still doesn’t help us to solve the mystery we are after.

When I got into this I was able to stomp the woods a lot more than I can now.  I had the ability to go out and look for the common possible signs we all hear about and it helped with knowing where what was I thought was the best place to set up recorders.  Unfortunately for me that was pretty short lived.  At one time I was even thinking about getting out of field research and go back to being a computer researcher.  The woods and collection of audio desire was just too strong, so I had to figure out how to use the equipment to do the woods stomping work for me.  It dawned on me that I may only be able to go out and do a listening post once every couple weeks or at times once a month.  What happens if you have 3 or 4 recorders stretched out a few miles apart?  That way you could hear what was going on in 4 places at a time when you do the audio review.  The thrill of hearing the sounds that night in person doesn’t happen but it did one important thing.  It gave you a date and location of where they were that night.  Using this method makes it a lot easier to establish patterns of their movements throughout their territory.  This can really be invaluable as once you get the pattern figured out you can set your listening post up where you will have a best chance of being there when they are.  This takes a long time, even years if you are real limited on time to get out and collect audio.  This in my opinion is how the best possible evidence is collected.

So, then what?  You’ve established a pattern and have a good idea where they may be there and when.  Now is when things can get interesting.  You move all your audio equipment into that area.  Set up 3-4 recorders within a couple of miles at the most from each other and record.  This will help you zoom into the areas that are closest to them.  Adjust listening posts to where the suspected audio as close as you can.  From experience they are usually in the areas that are hardest to access without walking in a lot or even to other private property that you don’t have permission to be on.  The game isn’t over if that happens.  Researchers have for years used different methods to try and lure them closer to where they are instead of going where they are.  Curiosity does seem to be their downfall, or they wouldn’t be spotted close to camps.  Scents and sounds seem to do the trick.  Cooking at camp, using spray deodorizers, scented candles, even flashing lights have had success in drawing them in.  Of course, sounds can also peak their curiosity.  We’ve all seen that on TV where they howl and knock waiting on a hopeful return.  Just remember the data from the Silent Hills Project, sound doesn’t travel as far as one thinks it does.


One other method I use frequently is with the use of parabolics.  There are two areas where I can’t physically get to and set up drop boxes.   I can however get on 2 and at times 3 sides of that area and let the parabolics get me closer.  With parabolics being directional as well as good amplifiers you can get a lot more distance than with open mics, kind of like being there.  This is where knowing your equipment’s abilities and limitations come into play.   I can not over state, know your equipment!  One important thing about using both drop boxes and parabolics is that they are passive.  I feel that they can collect audio that is more natural for the critters whether it’s a known or unknown critter.  Every animal acts difference in the presence of people.  In my opinion this is how the neatest vocals are collected and a way of trying to understand behavior is done.  There is quite a difference of how they wander through the woods naturally than when they are around camp.  From my experience they really don’t try and be quiet when wandering through an area verses when approaching or avoiding camps during our research outings.  Another huge benefit of using this method is that when you have 2 or more recorders aimed to an area from different directions it is much easier to hear and see the difference in the spectrogram of the sounds and vocals.  It is a lot easier to know what environmental distortion is.  It sure does help in identifying known and what could be possible bigfoot sounds and vocalization.

I have one ridge in my research area I call Pine Ridge.  Here is a few of links to the audio collected from there.


I have pretty much determined that this is a normal area of either travel or possibly where they stay in the area.  I came to this determination using audio.  Let me explain.  I’ve set up my big parabolic on the ridge to the east of that area pointing west.  Several times I have gotten some interesting audio collected like the ones above when I set up this way.  The trouble is there are two ridges within a mile and a half from the parabolic so, which one is the sounds coming from?   What I do to try and narrow it down?  I set up my largest parabolic pointing the usual west direction in my normal spot for it.  In each of the 2 hollers that are on either side of the ridge, I set up smaller parabolics as close to the bottom as I could, pointing north.   After doing this set up about a dozen times over the course of about 6 months I had results.  From the audio collected it appears that they came in from the southwest side of the western most holler and onto Pine Ridge.  Again, this was only found out after the audio review a week or so when I reviewed that recorder.  I collected the recorders the following morning after that was recorded and there was nothing recorded that would indicate that they left the area that night.  So I suspect that at least that night they stayed on that ridge.   It can be real amazing of how sounds go over the hollers when recorders are near the bottom verses when they are put on ridge tops.

I think any of us that have a love for the woods and wilds would much rather be out stomping and exploring.  I know that I’m that way.  But when that isn’t an option, audio can get you there if you let the equipment do the work.  There is a real thrill for me when I review audio and find out that woods came alive with activity whether I was in that exact location or not.  Hands down, I’ve recorded most of the interesting audio when I wasn’t there by using these methods than I have from a camp recorder.  Just the man hours needed to be in 3 or 4 spots at the same time to learn patterns would make it nearly impossible to gain the knowledge one can get from remote audio set ups in the woods when nature can do as nature does.  Sure videos, thermal, and personal experiences are the ultimate thrill when doing this.  But audio does play a crucial role in research if we use it.  Many group expeditions have used the audio to help determine where the hotspots are, and that data is used in the following expeditions of the area with some noticeable results.

Posted by Darkwinglh at 7:56 PM No comments: